The purpose of this blog article is exactly what it says on the tin. It’s to show you How I’m Learning to Code! Hopefully this will give you a good starting point to go out there and learn to code in a way that suits your learning style. You may find it super easy, I certainly didn’t. It was a challenge but I’m learning something new every day. I’ll start by going over a little about me and my background so you can understand the steps I took to get to where I am today.

My first interest in computers came about when my mum brought home a Compaq Deskpro running Windows 95, it was second hand from a local computer recycling charity. 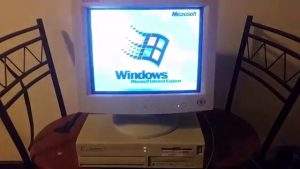 We didn’t have access to the internet at the time so all my brothers and I would do is play Minesweeper or Solitaire. We’d always argue over who’s turn it was. From that first introduction to computers back in 1996 I was hooked! I found using a computer really easy and soon I was teaching my younger brother how to use the word processor and MS Paint effectively.

It wasn’t until almost a year later that we got dial up internet connectivity. A whopping 40kbps! Of course, at the time I had no idea about how the internet worked or what a kb was.

My first venture into browsing the internet was the AOL homepage that loaded when I launched Internet Explorer 1.0. I can’t really remember much of those early days of having access to the internet. Time has literally gone by so fast. The internet exploded in such a short time and it is arguably the greatest thing man has ever invented.

My first website I ever built was GroveStreet.Info. It was a fan site for the popular PlayStation game, Grand Theft Auto: San Andreas. I launched the site in 2005 and my greatest achievement was holding a number 1 spot on some of the fan site top site rankings. I built it using GeoCities WYSIWIG editor but eventually, I went a little more technical and switched to notepad to edit the raw HTML. From then on, I spent the next 14 years developing personal websites and some freelance projects. 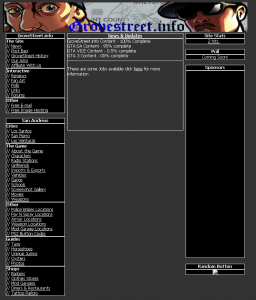 Since that first foray into coding, I’ve had many jobs outside of I.T but eventually I landed a Support Role looking after a collection of web applications. I’ve since found a job with one of the world’s largest technology companies doing a similar job. My current goal is to transition from support-based work into full on backend website development. This is why I thought I’d start the blog, to capture that journey.

How I’m Learning to Code

There are seven learning styles, take a look at them below and choose the ones you feel is appropriate for you. You can then start to plan how you utilize those styles and formulate a plan of action.

Social (interpersonal):
You prefer to learn with other people.

Solitary (intrapersonal):
You prefer to self-study.

For me, I learn best when it’s a mixture of Verbal and Physical. This means I like to be told what to do and then go and put that theory into practice. What I’m getting at with the history lesson above is, I learnt by doing it. You can learn a lot by just ‘having a go’

The technology I want to improve on more than most is C# and specifically using the ASP.NET MVC Framework. I mentioned above that my learning style is verbal and physical, so I started with tutorial videos that are freely available on YouTube.

Just by searching ‘C# Tutorials’ you’ll get loads of results. The first videos I watched were plain old C# tutorial videos. I did this firstly because I didn’t have a lot of experience with C# and secondly, it appeals to the verbal learning style that I get on well with. After I spent around 3 or 4 hours watching some videos I was able to understand some simple concepts. I did struggle to grasp Object Orientated Programming at first.

Next, I figured I’d do some supplementary reading to make sure I had a good understanding of some of the features of C# that I had struggled with in the video tutorials (Object Orientated Programming for example). I logged onto Amazon and purchased two books. One book was to brush up on some C# that I hadn’t quite understood in the video tutorials and the second book was to cover some more advanced topics. These books have great reviews on Amazon and I recommend them.

Book Two:
Learn C# in One Day and Learn in well

These books come highly recommended. Once I’d brushed up on my C# skills with tutorials and videos I turned my attention to some paid tutorial videos using a company called PluralSight . One of the best tutors on the PluralSight platform in my opinion, is Scott Allen. Firstly, the videos he has published talk you through how to build a real-world application. Secondly, you actually get to build one! This has ticked both of my learning style boxes.

Try to build some some real-world applications that solve a problem. It took ages to find a problem that I could resolve with code, eventually I needed a way to choose a winner of a competition randomly. I built a Random Winner Generator as a console application in C#.  I’ll cover how to build that, as well as some more real-world practice projects in another blog. I hope by explaining How I’m Learning to Code; it can help you find a way that works for you.

Learning how to code online, the best free resources in 2020.

FUZE4 Nintendo Switch Review: Create and Code Your Own Games

How to build your first C# Application