Ah, Dark Souls. The series that we hate to love…or is it love to hate? It seems like within the Soulsborne community there are plenty of criticisms and praises. While we all have our favorite bosses and builds, we also find ourselves cringing at bits of the game. Probably the cringiest aspect of the Dark Souls series being the levels.

Let’s be honest, there are some exceptional levels in these worlds. The ones that you can’t wait to revisit, loot, and explore. But then there are the levels that fill us with dread. The layout is horrible, the enemies are a total pain, and the boss is a total disappointment. Each Dark Souls game has at least one of these areas, but I’m picking out the very worst. For me, these are seven of the absolute worst locations in the Dark Souls franchise. 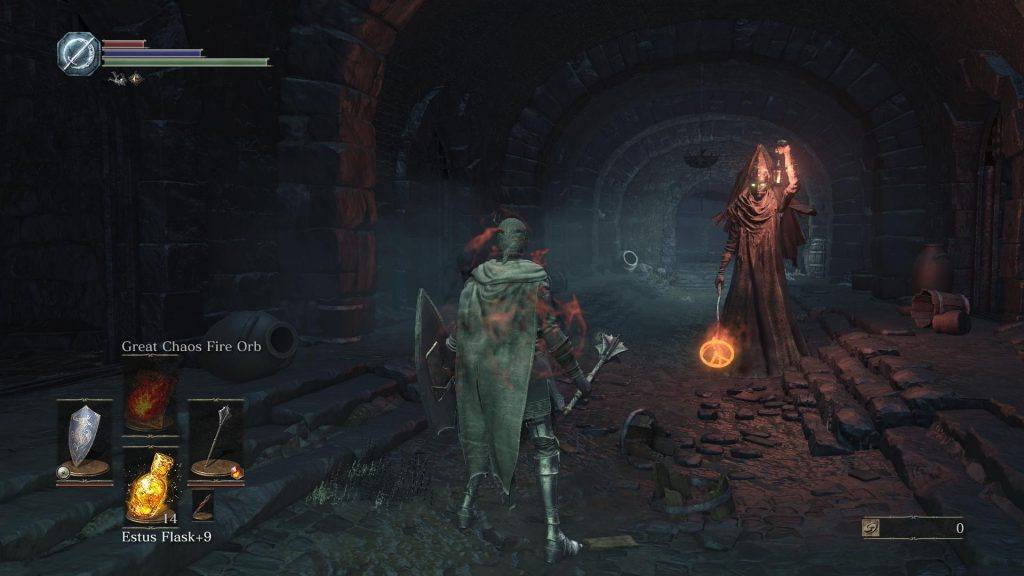 It’s actually pretty hard for me to criticize Dark Souls 3. This is my favorite of the series, and I believe that it is the pinnacle of From Soft’s efforts. The bosses, the levels, the overall aesthetic of the game–it’s all fantastic! But that’s not to say it’s flawless.

While there are plenty of other areas I could have mentioned from this particular game, I went with Irithyll Dungeon. Maybe it’s because I slogged through this area recently, or maybe I just genuinely dislike it. I mean, the level itself is not bad. It’s actually pretty cool. But the reason why I dislike Irithyll Dungeon is because of the jailers. These enemies are terrible and you do not want to take them on in groups. With their stupid giggles and soldering irons, they don’t seem so bad…until your health meter goes down. I’m not talking about them dealing damage and lowering your HP; I’m talking about your actual health bar.

But that’s not the only problem in the Dungeon. There are plenty of corridors, jail cells, and creepy enemies to deal with. And rats. Plenty of annoying rats that just keep coming. From Soft threw a little bit of everything in this one area, and I always dread going in. 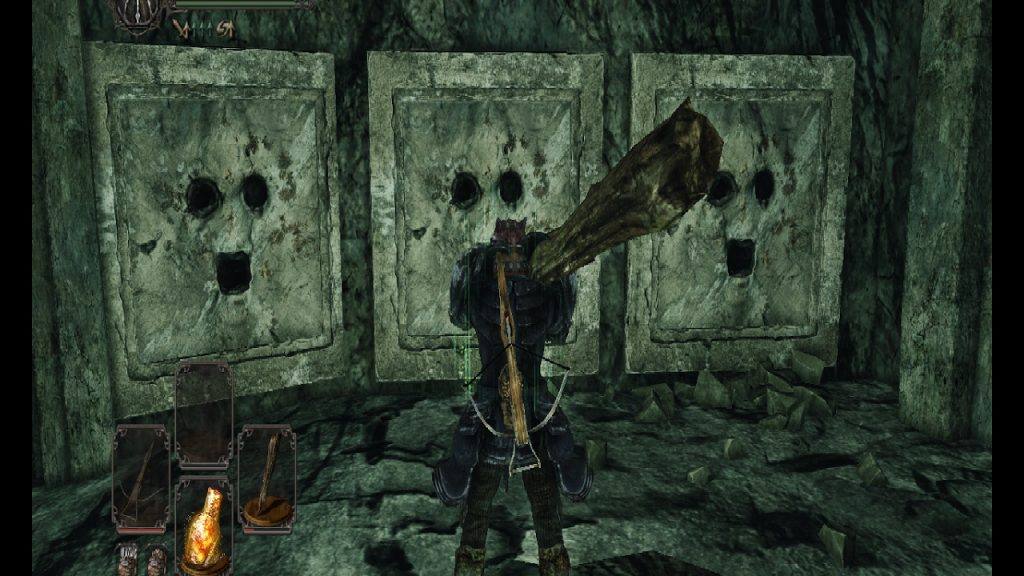 Some Dark Souls areas are bad because of poor design or aggravating enemies. And then there is Dark Souls 2, the pariah of the series. Dark Souls 2, in my opinion, is riddled with lackluster areas. And the Doors of Pharros is one of them.

The enemies in Pharros are not so bad. The boss, i.e., the Royal Rat Authority, is a total failure of a fight. But this could have been evened out if the area had been good. The reason why I hate Doors of Pharros so much is All. The. Doors. You’re only going to collect so many Pharros’ Lockstones, and these locked areas are located throughout the entire game, giving you access to loot.

So when I first entered an area filled with these doors, I was excited…until I realized that I was only going to open a few of them. Some of these are worthless, containing absolutely nothing. While others hold loot that you actually want…or don’t want. However, you don’t know what you’ll get until you use up your item. This level had so much potential and for a while, I thought it was pretty great. But by the end, I realized what a failure it is. 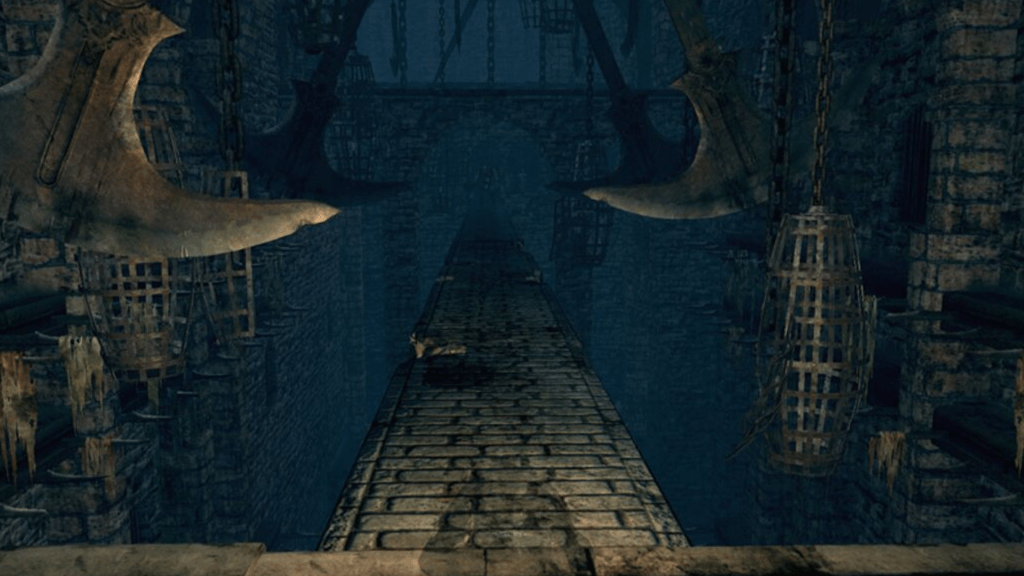 Long before I played Dark Souls, I heard of Sen’s Fortress. Some people genuinely love this area…I am not one of them.

While I never really struggled through much of the original Dark Souls title, I will admit that Sen’s Fortress proved to be more of a challenge than many of the other areas. From the very start there are narrow walkways complete with swinging axes and snake guys shooting lightning. These serpents are a total pain that will be the cause of your death more than once. So of course they make up the majority of this area.

Sen’s Fortress is a level of deadly traps and stacked odds. Especially if you decide to drop down and face off against the hulking titanite demons below. While I get that this level is meant to be challenging, I’m not happy about the amount of scaling you have to do. Precise movements are difficult in Dark Souls, and having to tightrope across bridges and drop down onto tiny ledges is not practical for this game. Sorry Soulsborne community, but I did not appreciate Sen’s Fortress. 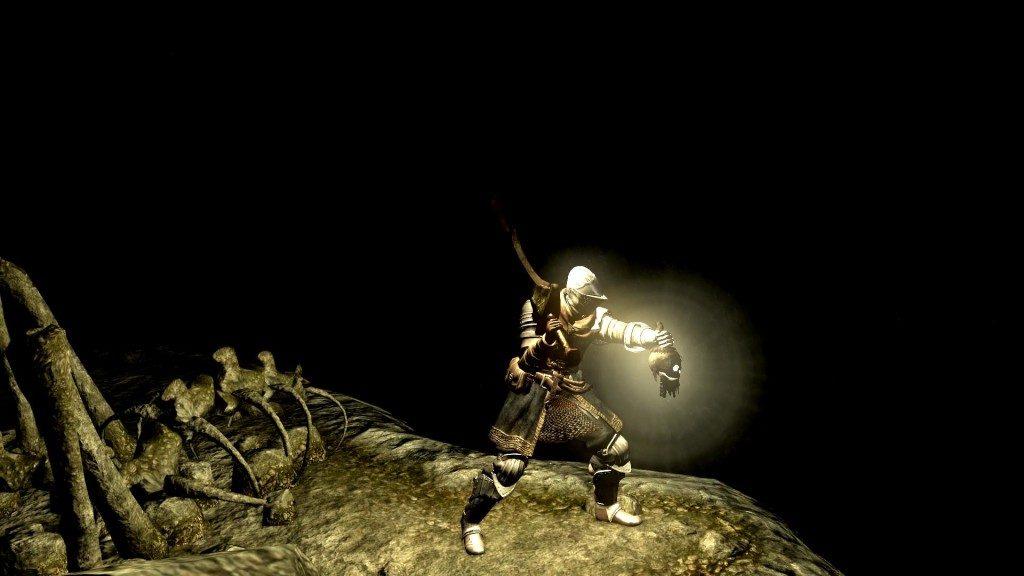 There is a part of me that enjoyed the Tomb of Giants. This dark area was creepy, with its lurking skeletons and precarious paths. But let’s be realistic.

From Soft gave us an area that is so dark you cannot see, making those walkways and ladders that much harder to navigate. There are plenty of hidden areas to explore with even more danger and nonsense to combat. Listening is one of your best tools in this area. If you can hear breathing you know that a giant skeleton or skeleton beast is just ahead. You’ll need to pull one at a time, but even still you’ll have a fight on your hands.

And if you were unfortunate enough to play this game back in the day before we were all aware of a certain shyster, you may have also fallen prey to Patches. Tomb of Giants is unique and strangely fun in its own way. But that’s not to say I enjoy this area, and I might even hate it. Just a little. 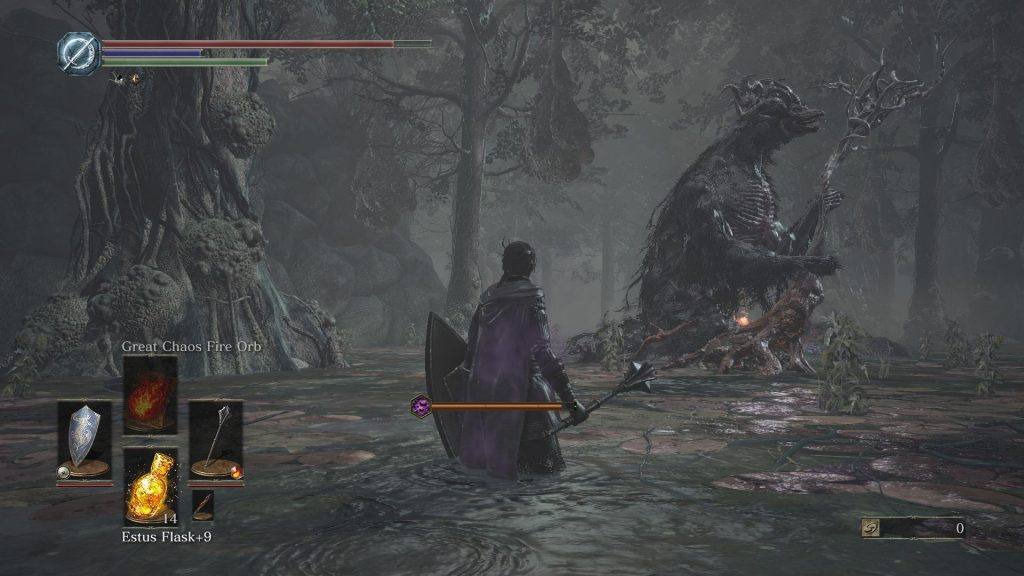 You access Farron Keep pretty early on in the game, and you can put it off for a time. However, you ultimately have to go down there if you want to progress forward. Navigating the poison swamp will require certain items, but most importantly purple moss. Roll your way through this level and watch out for slugs hiding in the marsh.

While there is plenty of loot in the far corners of Farron Keep, you might not want to go after it. There are basilisk, ghru, and giant crabs to contend with, but none of those really compare to the elder ghru. These giant enemies do serious damage all while you’re walking at a snail’s pace in the bog. Honestly, your best option is to avoid them, but if you’re feeling brave, just know that there are several of these guys lurking in Farron Keep.

At least we’re rewarded with one of the best boss fights of the game at the end of this level. 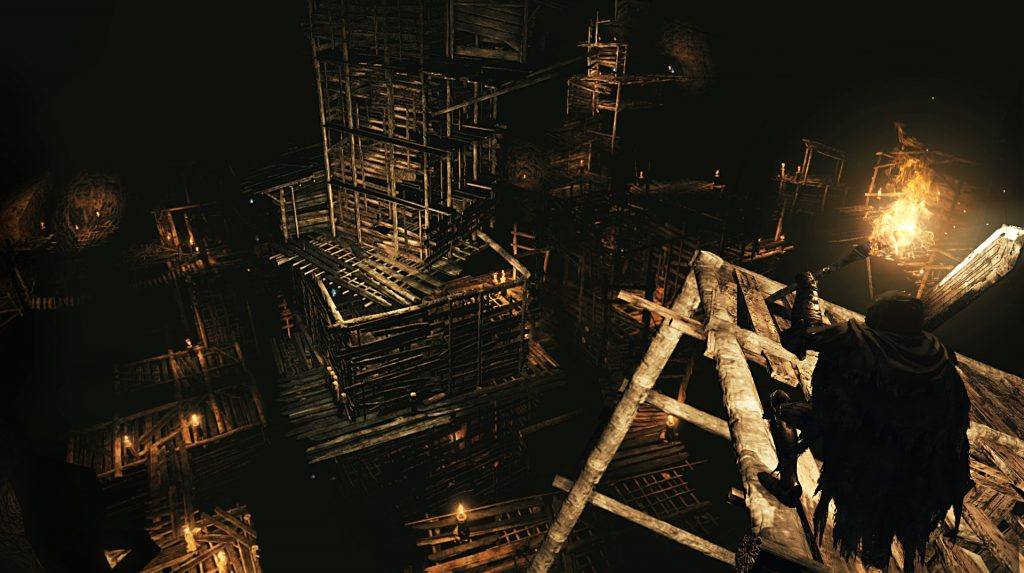 Going right along with Dark Souls 2, there was no way I was going to leave out The Gutter and Black Gulch areas. Now, I do realize that these are technically two areas; however, one leads right into the other and they feel kind of similar.

Entering The Gutter for the first time is intimidating to say the least. It is very dark and the only way to navigate the level is a series of wobbly bridges, ladders, and platforms. It’s easy to fall through and right into a group of bloodthirsty enemies. And if you’re not careful, you can easily get turned around or confused about how to reach the other side of the room. Lighting torches will help, but not improve the level any.

Finally making your way into Black Gulch, things don’t get any better. It’s still just as dark and poisonous as The Gutter. And now there are enemies straight out of your worst nightmare. This is a horrible level to navigate, and there isn’t much here. Reaching the boss of the area should feel like an accomplishment, but instead you’re faced with The Rotten. As a lumbering sack of meat, he isn’t much of a threat and can be taken down with relative ease. Mostly, he is just gross to look at, but he’s nothing but another disappointment in this lackluster level. 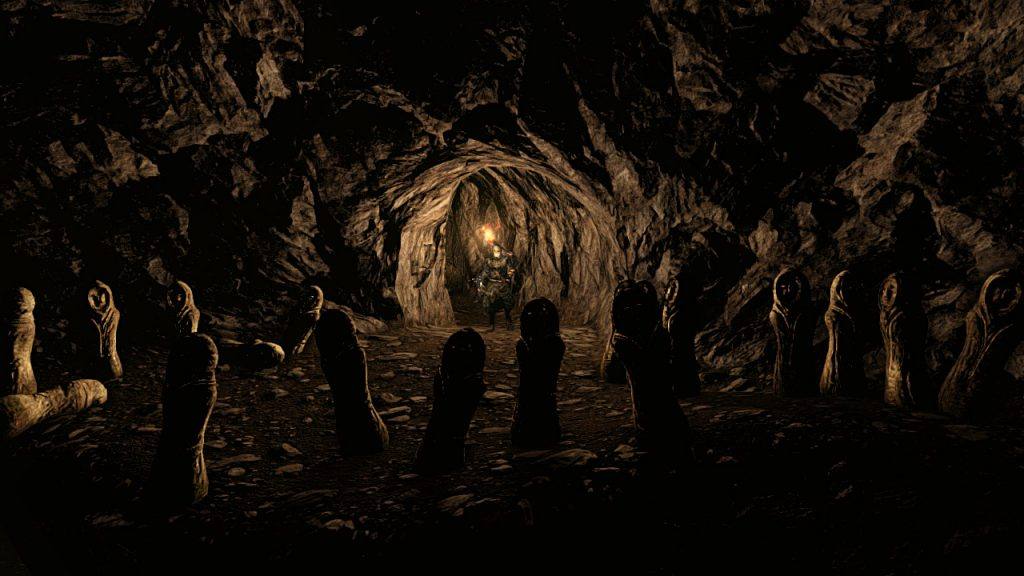 While I found much of Dark Souls 2 to be fairly easy, Undead Crypt was just plain unfair.

From Software once again decided to create a dark level that proves difficult to navigate. And the enemies…there are ghosts, spirits, and heavily armored trucks to steamroll you. Traps abound and it’s important to navigate this area with the utmost caution. While there were plenty of extra paths and loot to discover, I found myself bypassing some of it just to survive. Finally seeing the fog gate ahead gave me the false hope that the end was near.

However, the path to the fog gate is just as much of a problem as the rest of the level, with plenty of tough enemies lurking in the shadows.

I understand that Dark Souls is meant to be hard, but I also appreciate when the game is fair. The amount of nonsense the devs threw at players in the Undead Crypt was simply ridiculous, and I absolutely hated this level.

It didn’t take long for me to get swept away by the hauntingly beautiful world of Dark Souls. This is an incredible franchise that I keep coming back to. However, there’s no denying that it is not without its flaws. For every Soulsborne player, there is that boss or that enemy, or in this case, that level that makes us cringe and we can’t leave it behind fast enough.

For me, these are seven of the worst locations in the Dark Souls series. Let me know in the comments below which levels you hate, and as always, happy gaming!

The Best Gears Of War Games – From Best To Worst